Losing sight is one of the worst things that can happen in life no matter when it occurs, and perhaps even worse if you are young and previously had full vision. To accept the new situation and learn to live with it is difficult for both the sufferer and relatives. Therefore, LHON Eye Society in Sweden was created. The first supportive association in Sweden and one of the first in the world for people affected by Leber’s Hereditary Opticus Neuropathy (LHON) and their relatives.

When we started the associationon in 31 of March 2012, we were 15 people. In December 2014 we had grown to 160 members. We hope that we can reach out to even more affected people by various other organizations in our society. We who have formed this association are all either suffering from LHON, carriers of the mutation, or are family members, relatives or friends of a person suffering from LHON.

We support both people who currently have, and those who carry the predisposition, to be diagnosed with LHON. We also support the research to find cures and recovery.

If you want to become a member please send an e-mail to info@lhon.se

LHON or Leber’s hereditary (genetic) Opticus (optic nerve), neuropathy (nerve damage) will often manifest itself when a person is in his/her 20´s to 40´s with a fast onset of severe vision loss in the center of the visual field. The sight is blurry or disappears in the middle of the visual field. Most often, the person will maintain the peripheral vision, but in some cases the disease leads to total blindness. 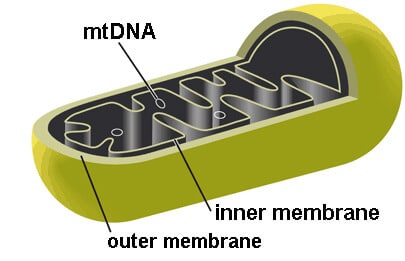 LHON is a hereditary disease caused by a mutation in mitochondrial DNA. Mitochondria convert nutrients into energy in the body’s cells. Those who carry a LHON mutations is at risk to suffer of a situation where the mitochondria are not able to provide the optic nerve with enough energy. The optic nerve becomes weakened and because of that is not able to transfer vision input to the brain.

There can be many thousands of mitochondria in a single cell. The accompanying illustration shows the mitochondrial sections. 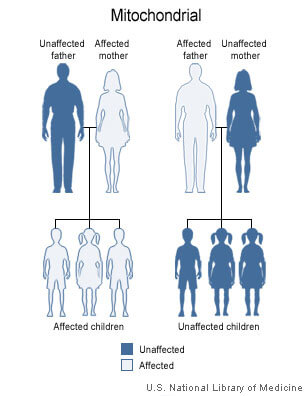 Approximately 50% of men and 15% of women who carry the mutation develop the disease. It is not yet known why more men than women are affected, but some researchers believe that the female sex hormone may have a protective effect.

The percentage of mutated mtDNA can also vary. Usually 100% of the relevant variant of mtDNA mutated, but sometimes only a certain part is mutated. People who have less than 60% mutated mtDNA is at a much lower risk of developing the disease.

It is not clear how common LHON mutations is because not everyone who carries it get affected. Between 100-200 people have developed the disease in Sweden. It is also not yet known what it is that makes some people with the mutation develop the disease while most do not.

Since LHON is such a rare disease, our organization is a member of Riksförbundet Sällsynta Diagnoser (Rare diseases Sweden).

It has been established that smoking can be a trigger. People who know they carry the mutation should avoid smoking and all forms of smoke. Large amounts of alcohol, and mental stress are other factors that scientists believe may contribute as triggers to the disease. There are also certain medications (eg certain antibiotics like Tetracycline, Streptomycin, Erythromycin and Minocycline) that is believed to trigger the disease. Under section 5 on this link: lhon.org is a longer list in English of medications, etc. which some scientists believe could trigger the disease and therefore should be avoided if it is known that a persone carries the mutation.

No cure yet, but research is moving forward!

LHON is not yet curable. Research has shown that a very high dose of an artificial form of Q10, Idebenone, can in some cases provide a small improvement, or at least function as a temporary inhibiting drug. But Idebenone has to be taken in very high doses and it does not work for all people. The situation is complicated by the existence of several different LHON mutations. There are three mutations of mitochondrial DNA (mtDNA), which is most common among those suffering from LHON called G11778A, G3460A and T14484C. In Sweden G11778A is the most common.

LHON in very rare cases also occur in other parts of the body than the optic nerve. Among other things, patients can suffer from MS or an MS-like disease, as well as heart problems. The disease is then called LHON Plus.

Information about LHON in Norwegian and Danish

In march 2021 LHON Eye Society published a short pdf brochure with information about LHON and it is also tranlated into Norwegian and Danish. The document has been produced in cooperation with Dr. Martin Engvall, Dr. Lena Jacobson in addition to all those that are shown in the images and in the text. The basic overall text and editorial work has been done by Krister Inde in close cooperation with Lars Kinnunen, Agneta Löwenring-Beck and the companies Chiesi, Multilens and LVI. CityTryck in Karlstad has made the layout and proof of the text. 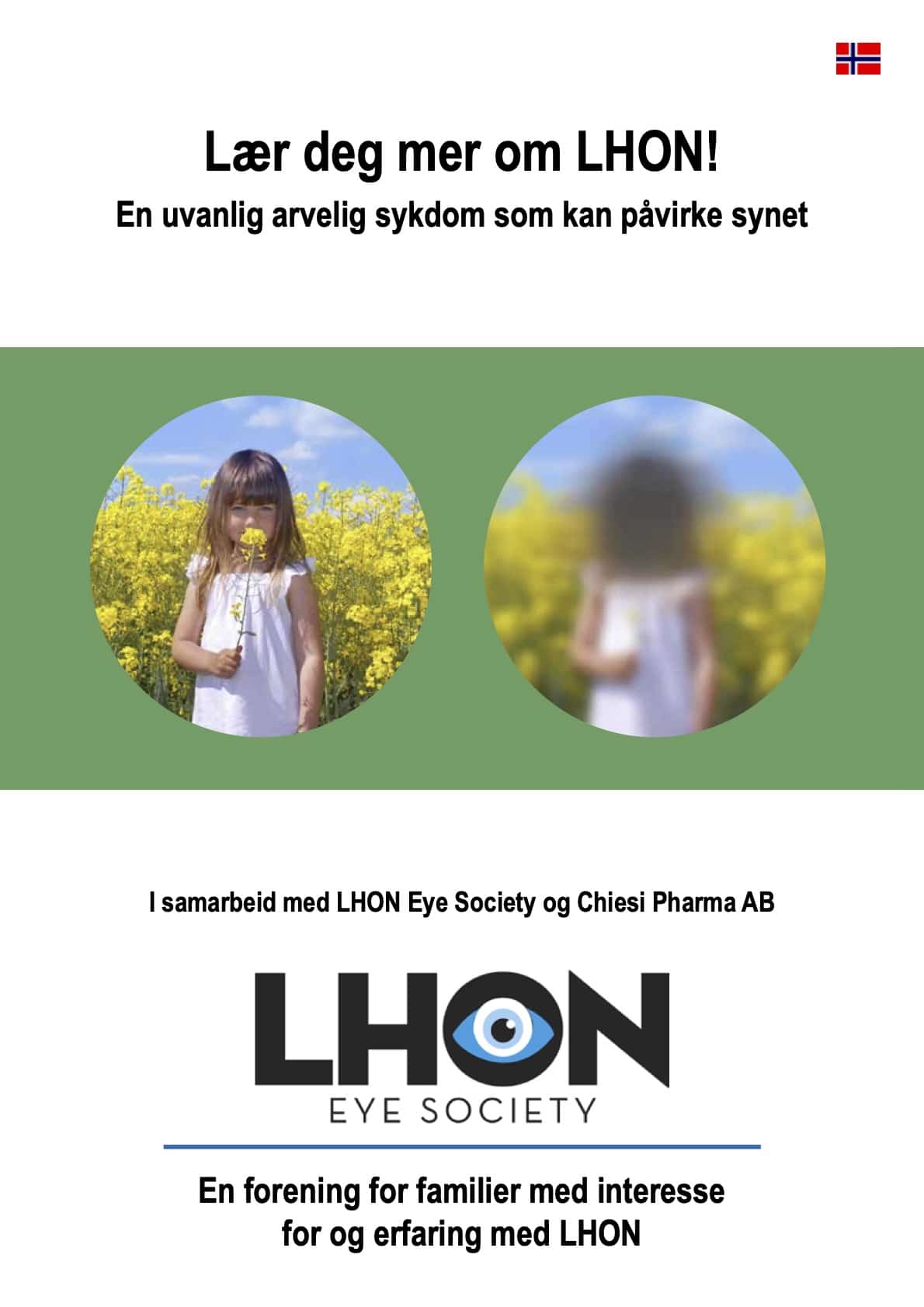 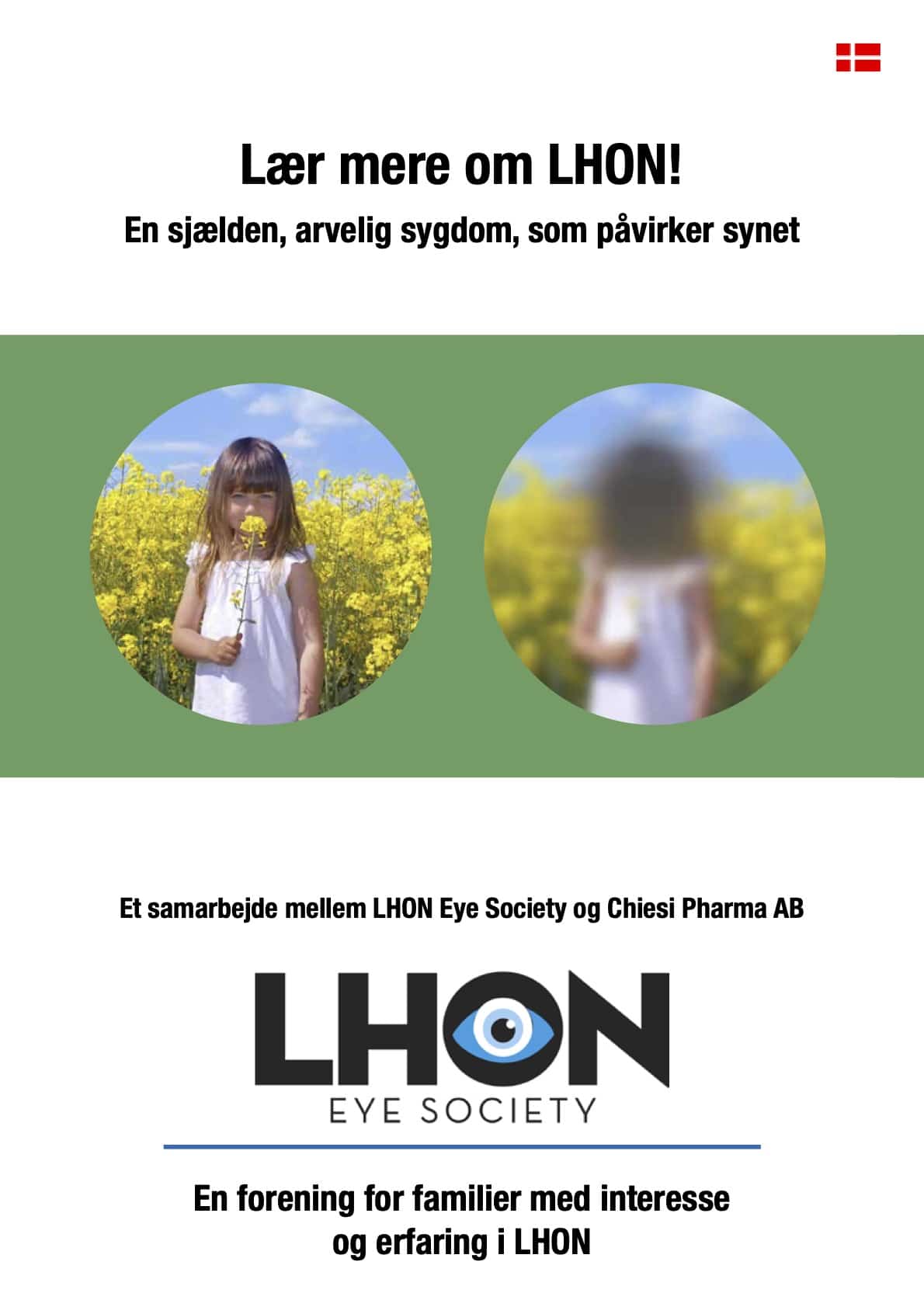 Stronger together is a video about how to make life easier as a relative of someone with Leber’s hereditary optic neuropathy (LHON). The video has been developed through the Swedish association LHON Eye Society in Sweden.This video is part of our Leber X project that is supported by The Swedish inheritance fund. The project is a collaboration between us and Hagabergs Folkhögskola, Södertälje with Bertil Sköld as project manager.

This book is part of our Leber X project that is supported by The Swedish inheritance fund. The project is a collaboration between us and Hagabergs Folkhögskola, Södertälje with Bertil Sköld as project manager.

A downloadable PDF is available here. To read the document you need Adobe PDF-Reader.

The book is also available in Swedish language as a printed version and audiobook (in collaboration with ABF and Synskadades Riksförbund). The printed version was first made in 800 copies in January 2017.
If you would like to have more information or order the printed and audio versions please contact kontorsservice@srf.nu

Click on the image below to view and load the cover to the book in full-scale.

Interviews with our members

We have produced a couple of videos featuring some of our members sharing views, tips and ideas regarding living with LHON. 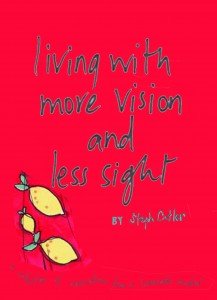 If you want to read another e-book in english we can suggest Steph Cutlers book ”Living with more vision and less sight”.
From the author:

”When I heard the news I was going to experience sight loss I threw an ‘I’m going to go blind’ party! On my tenth anniversary I wrote an eBook to mark the occasion.

‘Living with more vision and less sight’ is a collection of my memories and musings that I noted over ten years.”

External links in with english info

Website with important info about LHON, created by Lissa Poincenot, who has a son (Jeremy Poincenot) with LHON

If you want to know more or have specific questions about our organization, feel free to send an e-mail to info@lhon.se.  You can also send a message via the contact form.

To reach one of our official contact persons please see below.

We have our own page on Facebook, LHON – EYE Society. Feel free to read the swedish information that we publish there and help us share it by liking our page.

At LHON Eye Society we respect your integrity. Because of this we have generated a section explaining how our website collects various information based on the visitors computer and other related info.

We are members of 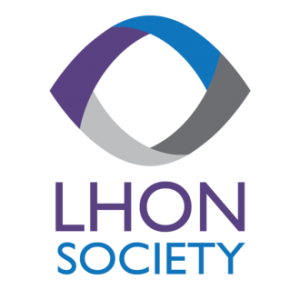